Carolyn Hunter is beginning her first year at Denbigh Baptist Christian School (DBCS) as the Physical Education and Health teacher part-time. She will also be coaching the middle school girls' basketball team at DBCS for the second year. Mrs. Hunter is no stranger to Christian education. She has taught Physical Education, Health, Math and coached girls' sports for 5 years at two different Christian schools (Hilltop Baptist Academy in Cedar Park, TX from 1989-94 and at Bethel Christian School in Hampton, VA from 1997-98). Mrs. Hunter has also spent several years as a teaching assistant at the University of Texas at Austin and an adjunct instructor at Austin Community College in Austin, TX. She is presently an adjunct Physical Education instructor at Thomas Nelson Community College.

Mrs. Hunter is a former collegiate coach and athletic administrator. From 1998-2011, she was the Head Women's Basketball Coach and Assistant Athletic Director at Christopher Newport University. She has also worked as an assistant women's basketball coach at Hampton University and University of Texas at Austin. She received her Bachelor of Science Degree in Education from Southwestern University in Georgetown, TX in 1987 and her Masters of Science in Education from the University of Texas at Austin in 1990.

Mrs. Hunter is married to David Hunter, a professor at Hampton University. They have two children Makayla who is 12 yrs. old and David II who is 8 yrs. old. 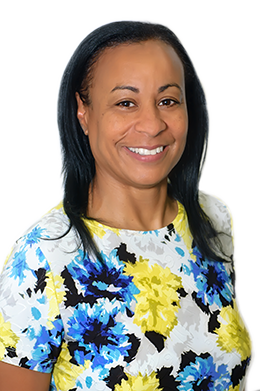