Timothy is a graduate of Christopher Newport University (Bachelors), and Strayer University (Masters). He has been involved in athletics for most of his life. He played high school soccer and basketball and he has over 10 years of coaching experience. He has coached 5 years at Christopher Newport University assisting with women's basketball team and 5 years of men's varsity basketball at Denbigh Baptist. Additionally, he is a graduate of the Newport News Apprentice School and has worked at the Shipyard for 11 years; the last 8 as a production planner.

Coach Greer grew up in a godly home, but did not receive Christ as his Savior until he was in his mid 20's. His favorite Bible verse is Jude 22, which states "and some having compassion, making a difference." He is humbled and honored to serve as the athletic director. His goal is to serve the coaches and to exemplify a Christian attitude through our sports programs; so that we can "do all to the glory of God" (1 Corinthians 10:31).

Timothy is been married to Kristin Fletcher and they have 3 children; Bailey, Tyler, and Ariana. Kristin is a graduate of Denbigh Baptist and Liberty University and has also taught at DBCS. 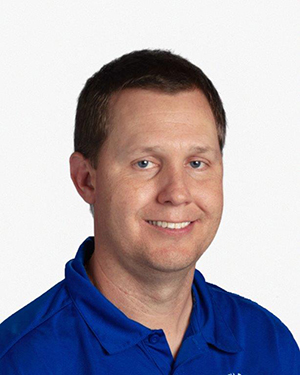